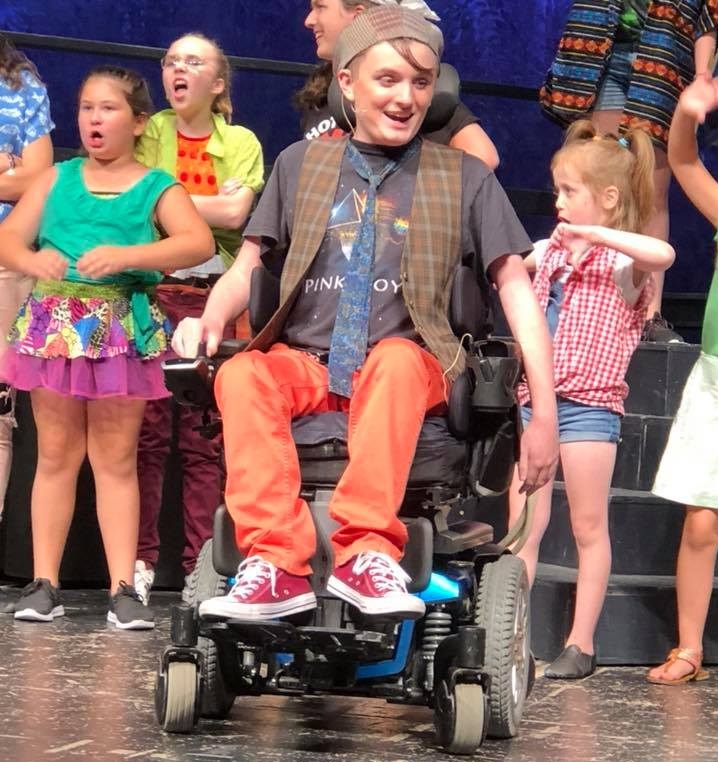 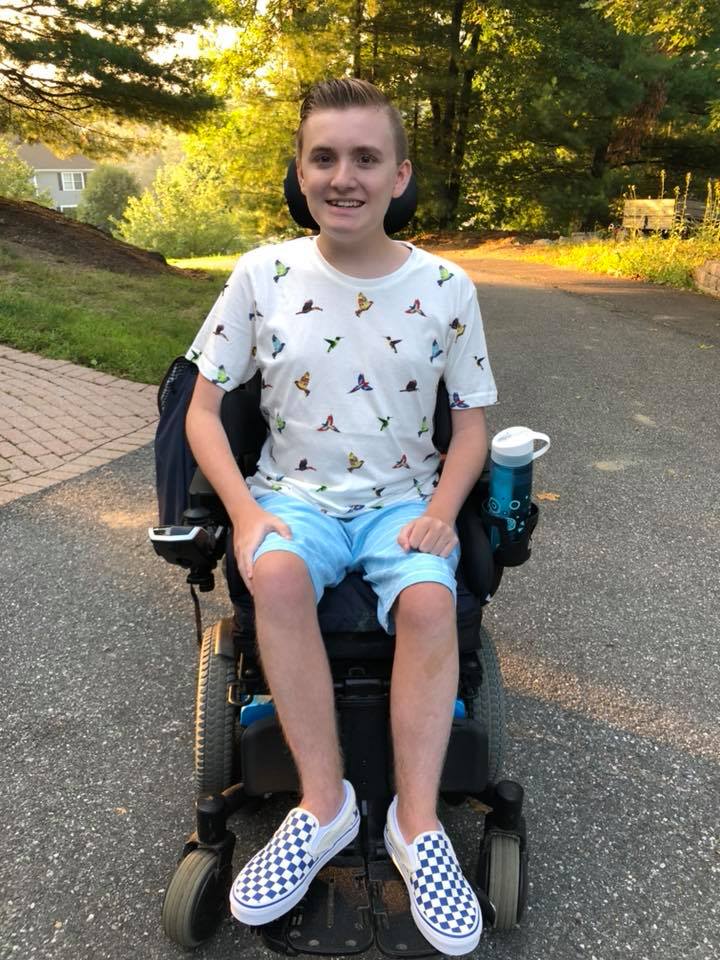 I’m 15 now, but in the seven years that have passed since my diagnosis, I have refused to let this disease slow me down. Getting diagnosed with DMD was extremely hard (although I think it was harder for my parents than it was for me), and I was forced to come to terms with certain limitations at a far earlier age than most people.
END_OF_DOCUMENT_TOKEN_TO_BE_REPLACED 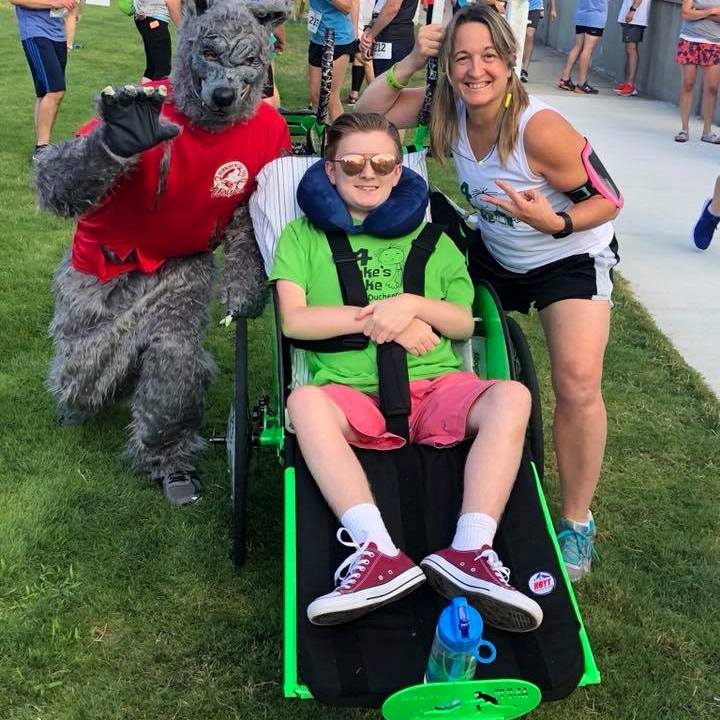 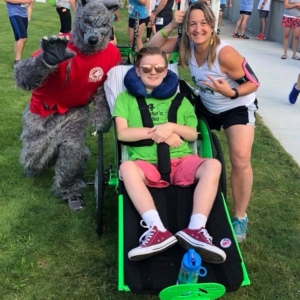 September 9, 2018 – Hudson, MA – Hudson resident Sheryl Marrazzo will be competing in the Title 9 Sprint Triathlon in Hopkinton, MA on September 9, 2018 with her 15-year-old son Jake, who has Duchenne Muscular Dystrophy and has been confined to a wheelchair since age 12. Sheryl will compete in the triathlon by pulling Jake in a raft for a 1/4 mile swim, then pulling him in a Team Hoyt custom-design race chair for a 10 mile bike ride and finally pushing him for 3.1 miles in the race chair.

The inspiration for this challenge is when Jake has repeatedly told Sheryl, “I am frustrated on the sideline waiting for you to finish your Triathlons. Can you take me with you this year?” Sheryl agreed and began a 25-week training regimen with Unified Health & Performance owner Brendan Alward. So for the last 168 days or so, each day has been filled with swimming, running, biking and strength training for this 52-year-old mother of three.
END_OF_DOCUMENT_TOKEN_TO_BE_REPLACED 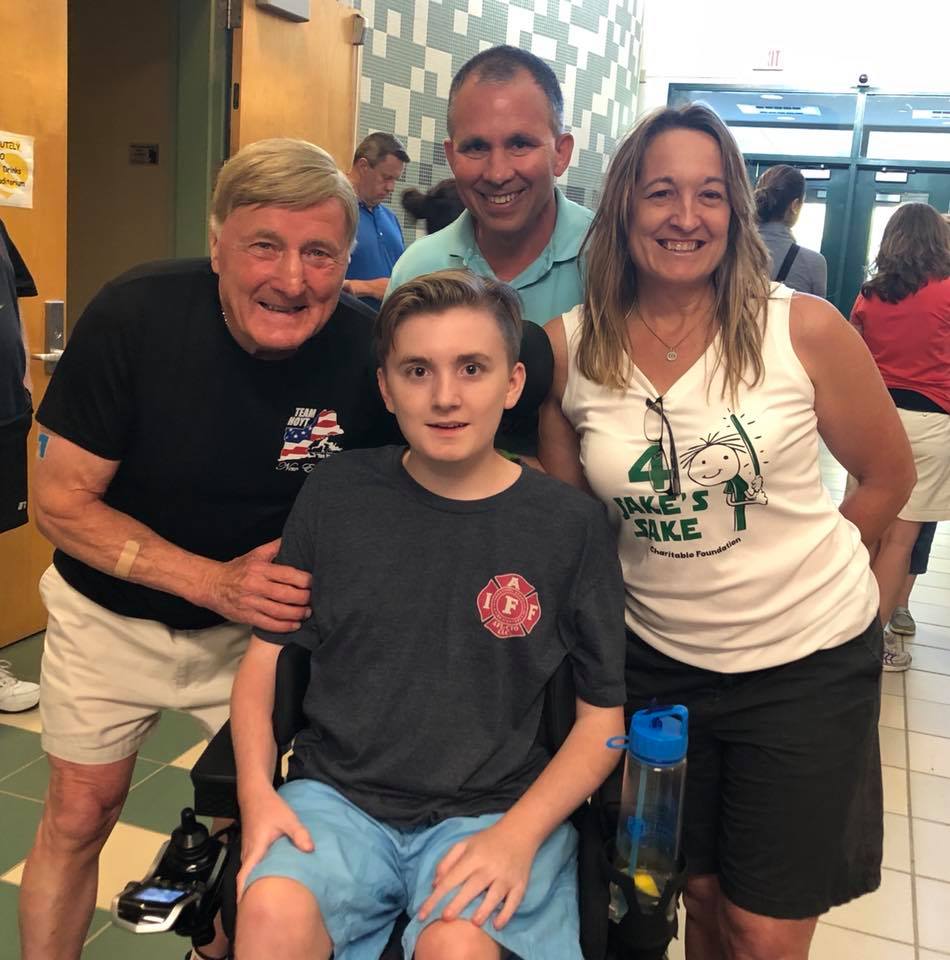 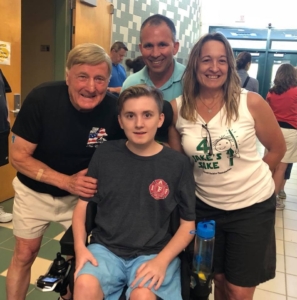 Yesterday was our first official 5k with our new Team Hoyt Running Chair! It was hot and crowded, but we managed a personal best and beat our last run by 2 minutes!! Jake kept asking me when I was going to go faster!! Did the best I could kid…speed in progress!!! People kept saying I don’t know how you do it (pushing a 35 pound chair and a 110 pound kid) but I know how…I do it 4 Jake & Tyler’s Sake!! 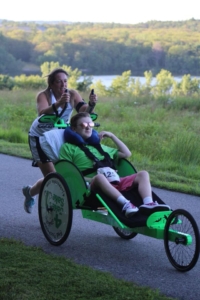 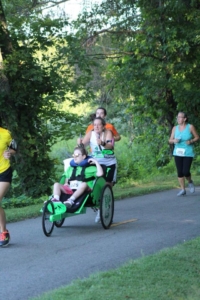 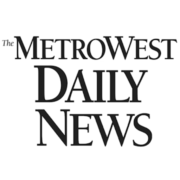 This article was written by Jonathan Phelps in the Metrowest Daily News and published on Apr 29, 2018 at 7:09 PM.

HUDSON — During a run along the rail trail earlier this spring, Jake Marrazzo spurred his mother on as she started training for an upcoming triathlon.

“Faster,” he said as she pushed him in a mobility stroller. “I want to feel the wind in my hair.”

As a casual jogger, Sheryl Marrazzo had a quick answer for her 15-year-old son.

Jake, a freshman at Hudson High School, has been unable to walk since April 2015 after being diagnosed with Duchenne Muscular Dystrophy in January 2011 — a few days before his 8th birthday. The disease is a genetic disorder characterized by progressive muscle degeneration and weakness, according to the Muscular Dystrophy Association.

Please visit the Metrowest Daily News to read the rest of this article.

BOSTON (CBS) – Jake Marrazzo, 12, is learning a lot of hard lessons about life but his approach to it is inspiring those around him, especially his substitute teacher Melissa Ansley. “I can’t walk anymore. I originally could when I was little,” Jake said. Jake suffers from Duchenne Muscular Dystrophy. “Every morning he would say ‘good morning’ with this big smile and I thought if someone like that can be happy every day what do we have to complain about,” Ansley said. Jake’s mother Sheryl Marrazzo says her son is a fighter. “It’s like ALS but in children,” she says. “If you can imagine watching someone you love with all your heart struggle it’s hard wrenching.”

Visit WBZ-TV to read the rest of this article.