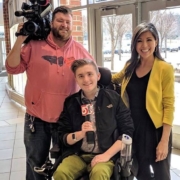 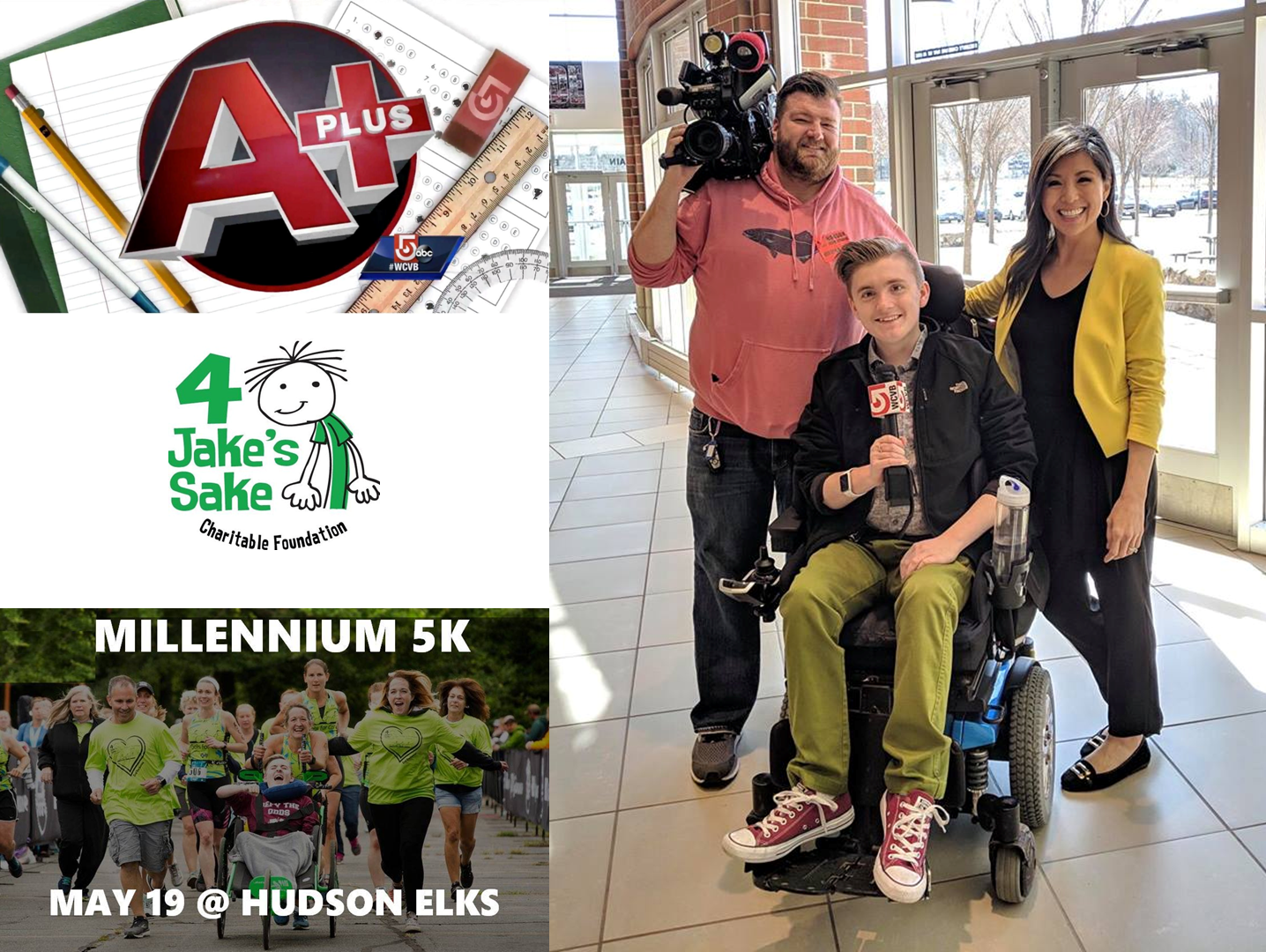 Jake Marrazzo has become a remarkable 16 year old sophomore at Hudson High School who has not let Duchenne Muscular Dystrophy keep him from pursuing his dreams of performing on Broadway, driving a car and helping to cure his disease. Recently, he was chosen to be featured as one of WCVB Channel 5 Boston’s A+ Students and was interviewed by Antoinette Antonio. The segment was broadcast on Wednesday, April 10, 2019 which you can see below. In 2014, Jake’s family and friends created the 4 Jake Sake Foundation which helps families who have been affected by Duchenne. Every year since, we have had a Millennium 5K road race to help raise money for the foundation and this year’s race is on May 19th at the Elks Club in Hudson, MA. We encourage you to participate in the race any way possible – from running the race, walking the course or just spending a great day with your family and ours. There will be a kid’s obstacle course race along with Star Wars storm troopers on patrol as well as other characters who are very strong with the force. We hope to see you at the Millennium 5K on May 19th!