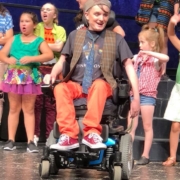 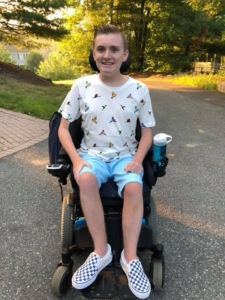 My story starts on a basketball court in early elementary school where, despite my best attempts, I couldn’t seem to keep up with the other kids. I also noticed they had an easier time going up the stairs, and I really wanted to know why. After a few years of asking questions, at age 8, I was diagnosed with Duchenne muscular dystrophy, or DMD for short

I’m 15 now, but in the seven years that have passed since my diagnosis, I have refused to let this disease slow me down. Getting diagnosed with DMD was extremely hard (although I think it was harder for my parents than it was for me), and I was forced to come to terms with certain limitations at a far earlier age than most people.

But at the same time, I’ve learned the value of living life to its fullest in the time that we have. I feel like I’ve discovered myself as a person, and ultimately, I’ve been able to become an inspiration to others.

Please visit America’s Biopharmaceutical Companies to read the rest of this article.